Theology After Bucha: Reflections on the Russian Atrocities against the People of Ukraine 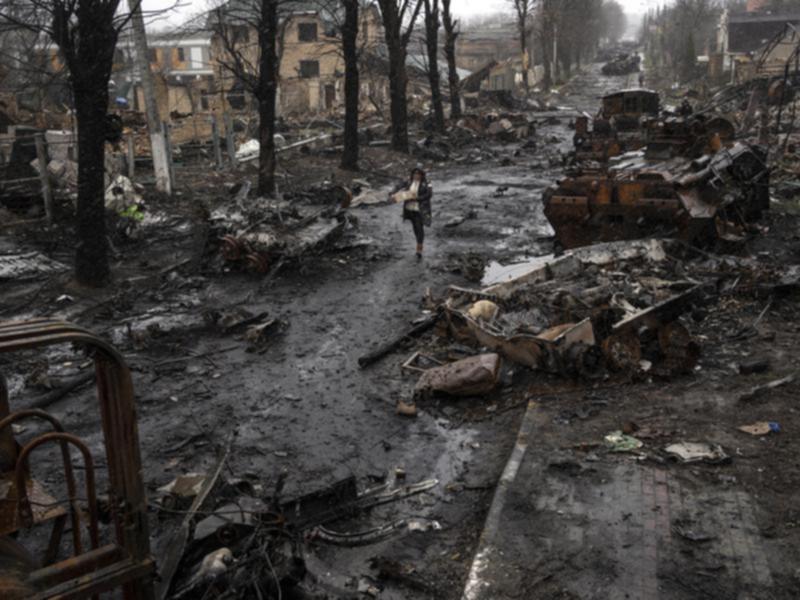 This blog post was written by Rev. Dr. Roman Soloviy. Dr Soloviy is a significant leader within the protestant churches in Ukraine. A former Rector of Lviv Theological Seminary, Dr Soloviy now serves as Director of the Eastern European Institute of Theology. He is also a member of DHM’s International Advisory Board. Dr Soloviy wrote the following powerful and moving reflection on the war crimes of the Russian armed forces against the civilian population of Ukraine, focusing specifically on the northern town of Bucha on the outskirts of Kyiv. I defy anyone to read Roman’s reflection without tears – JTS.

As soon as Russian troops occupied some Ukrainian regions, we received reports of numerous atrocities they had committed against civilians. At first, I began to read these testimonies of the executions of civilians, numerous sexual crimes, and mass looting with fear and some disbelief. Is this possible today in our country? Is it true that the soldiers of a country proud of its culture and millennial religious tradition can show such satanic malice and cruelty?

However, with each passing day, with each passing hour, the number of testimonies grew, dispelling the last doubts. Last week Ukrainian troops liberated the entire territory of the Kyiv region. What they discovered in the cities of Irpin, Gostomel, Bucha, and dozens of surrounding villages, words cannot convey. As I write these lines, my hands begin to tremble, and my eyes fill with tears.

Hundreds and hundreds of unarmed civilians were shot dead with their hands tied. Burned bodies of raped women. Dead bodies cover the streets of cities, fill basements, and decompose in looted apartments. Entire towns and villages destroyed to the ground. Russian military vehicles are full of stolen goods (household appliances, jewellery, underwear, perfumes, plumbing fixtures, etc.). The Russian soldiers in the border regions’ post offices send everything they looted to their families back in Russia.

I don’t know how to live with it. We have liberated only a tiny part of our country from the invaders. However, we can already say that in Ukraine, Russian troops have repeated the crimes of Srebrenica and Rwanda.

A month and a half ago, I could have given a lecture or preached a sermon on how to forgive enemies and support victims of violence. But today, I can only cry. I used to be tormented by the question of why so many Holocaust survivors later committed suicide. It is worth mentioning the poet Paul Celan, the philosopher Jean Amery, a great witness to the horrors of Auschwitz (in which my own grandmother also died), and Primo Levy.

Today, I understand that the violence and evil they experienced deprived them of ways to return to everyday life, normal relationships, and trust in other people. They, like Eli Wiesel, have been in such an abyss of evil that it is almost impossible to look away from it.

Who knows how to pray with a woman raped for a week by a Russian soldier, who then shot dead her sick mother when the woman refused to go with him to Russia? How should I pray for a six-year-old boy who turned grey because the Russian military raped his mother day after day in front of him?

What words can be said to the elderly residents of a care home that ruthlessly reduced to rubble by a Russian tank? What can be said to the people who survived hell on earth, which was arranged for them by the Russian military? How can we bring comfort a wife whose husband ran out to seek help because she had given birth but was killed near the house? How do we mourn civilians who have been tortured so much that they cannot be identified?

Apparently, my readers find it hard to believe all this. A few weeks ago, I would not have believed that this is possible. But this is Ukraine, and this is the 21st century. And I think with even greater horror, what else will we learn when we liberate the rest of our territories?

I am not ready to talk more about this today, but I know that a new theology has emerged in Ukraine these days: Theology after Bucha.