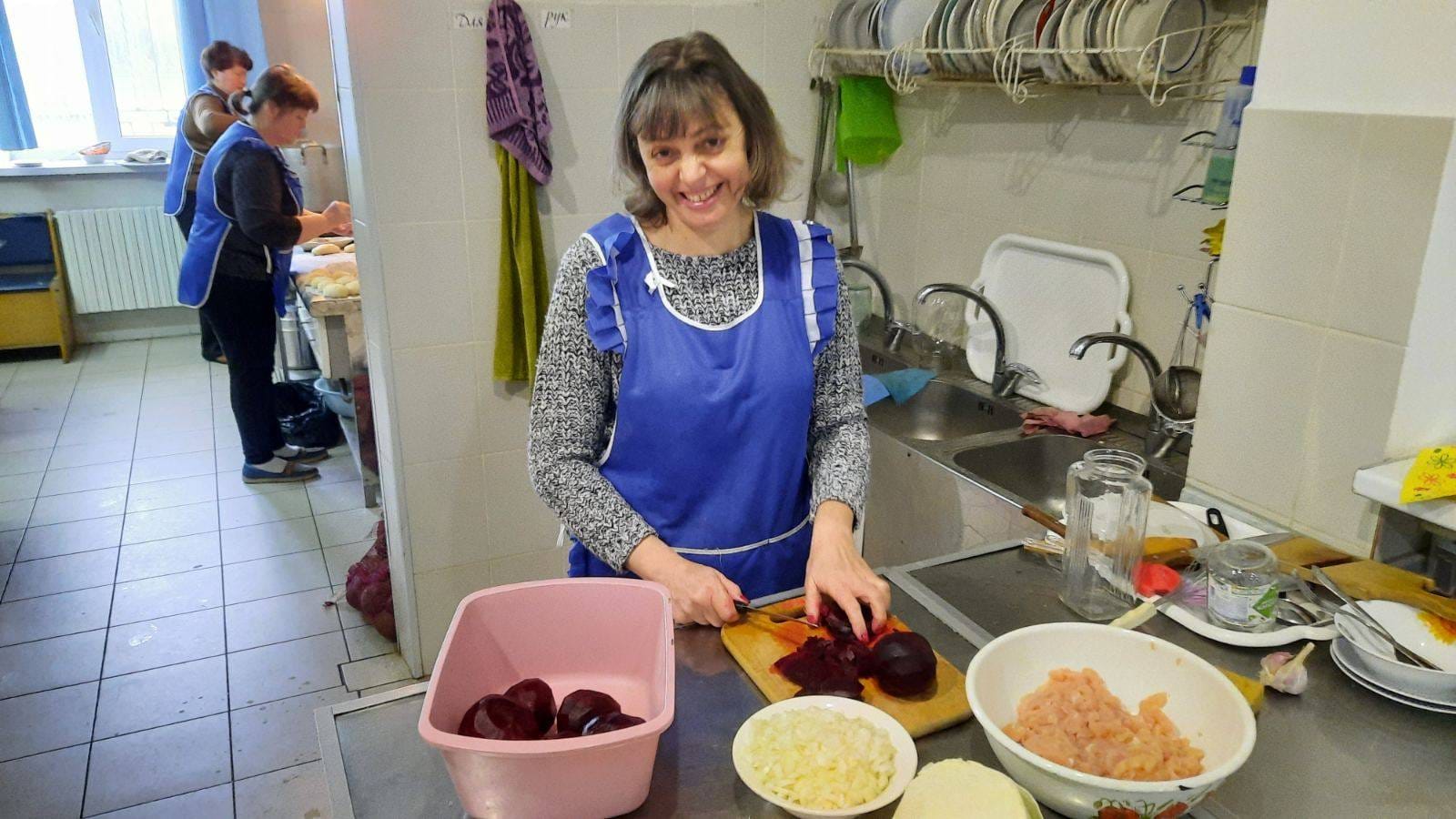 This article, written by DHM Chair Joshua Searle, was first published in the Baptist Times. We publish it here with their permission…

As Vladimir Putin’s “special military operation” has evolved into the mass slaughter of Ukraine’s civilian population, there are signs that the war is taking an immense toll on the people of Ukraine. Yet as the general sense of demoralisation starts to take hold, the faith of the Ukrainian people continues to shine brightly. There are “silent heroes” at work, bringing light and hope to local communities throughout the whole of Eastern Ukraine. The work that Baptist ministers, in particular, are doing in Ukraine right now is saving countless lives, even while these ministers sometimes risk their own lives in the process.

The UK charity, Dnipro Hope Mission (DHM), is led by British Baptists and works in Ukraine, primarily with Baptist pastors in the eastern regions of Dnipro, Donetsk and Poltava. For nearly ten years DHM has built up a network of relationships with ministry partners in Eastern Ukraine.

One of DHM’s ministry partners is Pastor Sasha, who leads a small Baptist church on the border between the Dnipro and Donetsk regions. When the air raid sirens have sounded during his visits to a local care home for disabled people, most people evacuate their rooms and take shelter in the basement.

But several care home residents are immobile are unable to seek the relative sanctuary of the basement. For them, there is no choice: they have to remain in their rooms while the bombardment continues outside, knowing that at any moment a Russian missile could strike their dormitory.

Yet when the air raid sirens sound during his visits to the care home, Pastor Sasha refuses to go down to the basement, but remains in the dormitory with the bed-bound residents. This husband and father-of-three decides to risk his own life in order that his disabled friends don’t feel lonely, anxious or abandoned. He holds their hand and prays with them as the glass shatters around him and the building shakes from the relentless bombardment.

When I ask Pastor Sasha why he chooses to remain with the infirm patients during the artillery barrage, his reply is simple: “It’s what Jesus would do.”

As well as causing church leaders to reflect on the risks and dangers of following Jesus, Ukrainian Baptists are also rethinking what it means to witness to the saving power of Christ in the midst of a war. One of our other main ministry partners, Pastor Serhii (a Baptist pastor from the Poltava region), shared with me recently that, before the war, he had assumed that “Christian witness” was simply a matter of going out onto the street to hand out gospel tracts and preaching for conversions. Speaking to him recently, he now has a bigger picture of what it means to be a witness for Christ in his community. “Gospel witness”, for Serhii, now involves becoming an incarnated presence in the heart of the community, bringing the wholeness and healing of Christ to people whose lives have been torn apart by war.

The transformation of Serhii’s church illustrates this sudden change in approach. For many years DHM has supported Serhii’s congregation as it has attempted to reach out to a nearby deprived housing estate. Before the invasion, the impact of the church on the surrounding community was, by Serhii’s own admission, fairly limited. Church members would meet occasionally with young people from the estate. On other days, teams of evangelists would go into the town centre and hand out gospel tracts.

In the past few weeks, the church has completely transformed from a religious community (that served primarily the pastoral needs of its members) into a supply hub that now serves the whole community. This Baptist church has a large residential complex that is now used to house dozens of refugees from the nearby bombed-out cities of Sumy and Kharkiv. Some refugees have fled from the hellscape of Mariupol. When they arrive at the church, Serhii and his team ensure that the refugees receive pastoral support, medical attention and a generous supply of dry rations.

Moreover, this Baptist church has become a makeshift clinic, where people come to give blood, which is then transported to the field hospitals near Kharkiv and used to treat wounded Ukrainian soldiers. The Mayor of the city has visited several times and has commended the church for its community engagement.

The elderly women in the church have also found a new calling: to bake pies for soldiers serving on the frontline. The ovens of the church kitchen are firing all hours, as different teams rotate throughout the day, chopping meat and vegetables and rolling pastry. Together, this one church manages every day to bake over 300 delicious pies, which are sent in vans to feed the Ukrainian army, defending their communities on the frontline.

Amid the chaos, destruction and demoralisation caused by the war, the role of local churches has become even more paramount. Baptist churches in towns and villages throughout Ukraine are rising to the occasion and are restoring a sense of hope, dignity and compassion in the midst of a brutal and senseless war. Baptist leaders are providing moral support to troops on the frontline and ensuring that the poorest and most vulnerable people, such as orphans and disabled care home residents, continue to receive essential supplies of food, clean water and medicines.

It is both awe-inspiring and challenging to see how the faith of Ukrainian Christians is shining bright amid so much darkness and suffering. Their witness is another testimony to the eternal truth of the ancient words: “the light shines in the darkness and the darkness has not overcome it” (John 1:5).