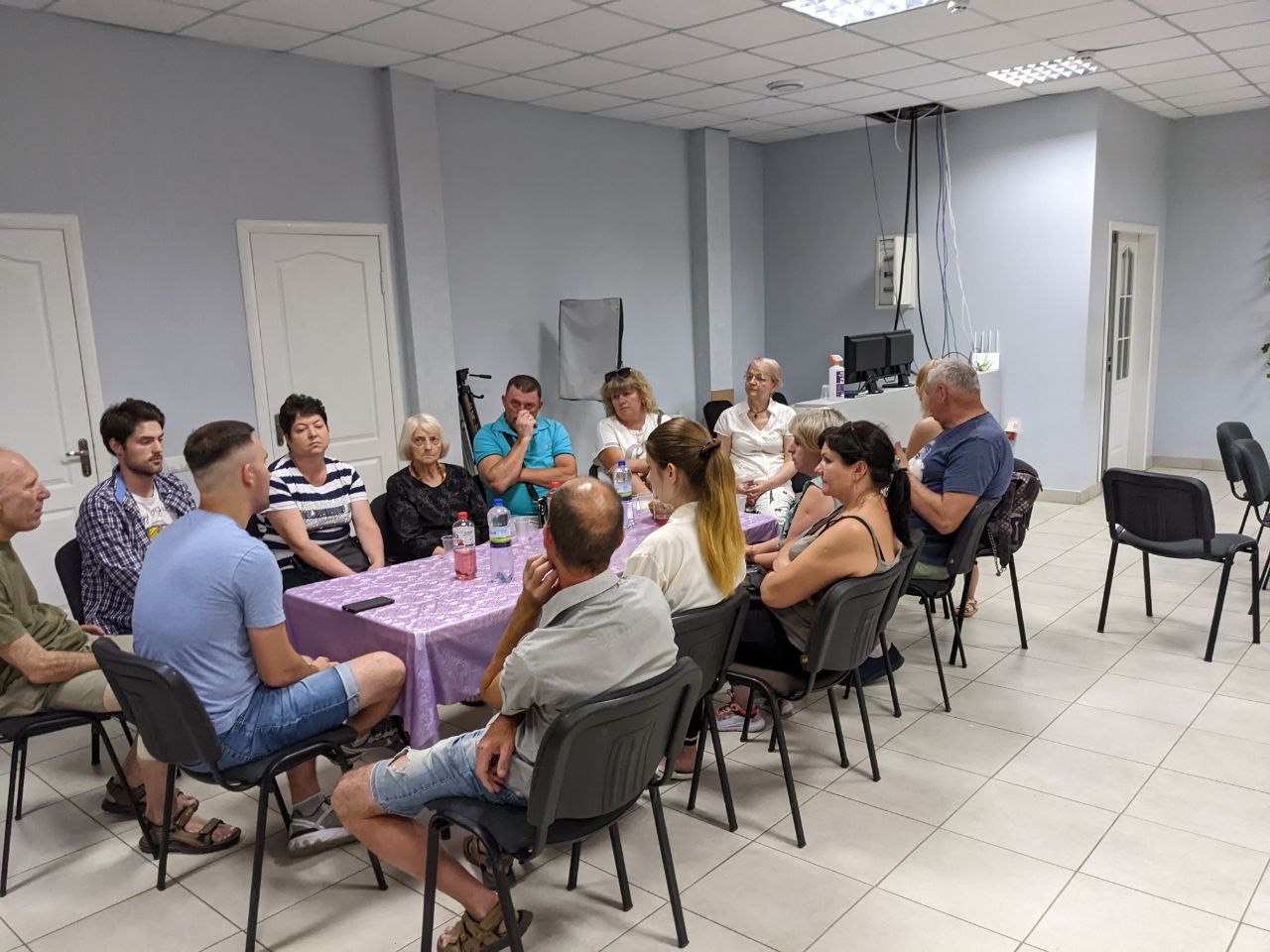 Ever since the start of the war in February 2022, DHM has been working with Salvation Baptist Church in Poltava to provide essential care to suffering Ukrainians who have fled towns and cities that have been destroyed by Russian bombs. Once such refugee is Lyudmila from the Izium district in Eastern Ukraine, which saw some of the most intense fighting of the war so far. This is her story…

As soon as 64-year-old Lyudmila Mykolayivna spoke about the war, her eyes filled with tears.

Kharkiv Region, Izium District, Nova Husarivka Village. It is this lovely village that became the epicenter of the invaders’ invasion. Explosions were heard already in the first days of the war – they bombed the local military base. Then the Russian soldiers passed through the village, and after a few days they began to break into the houses.

At that time, Lyudmila’s family was staying in the basement. They were very scared, because there were small children with them, Lyudmila’s grandchildren: a 5-year-old boy and his 1.5-year-old brother. There was enough food, but the little grandson is allergic to the formula. Therefore, Lyudmila had to go to Balakliya to get some humanitarian aid and food for the children. Upon entering the village the Russian soldiers immediately began to harass Lyudmila. The Russian soldiers forced her to spin round for a long time, and then some humanitarian aid was thrown to the ground with a sneer. “I remember how the soldiers smeared diapers on the ground… it still hurts…” Lyudmila said through tears.

After what they experienced and saw, Lyudmila’s family decided to flee the village immediately. They quickly took the necessary things and helped their neighbours to leave. Praise God, Lyudmila’s family managed to come to Poltava. Here they were welcomed with good news that some people who care were going to provide them with a place to live.

Their accommodation is not the best. However, they are glad that they have at least this. Lyudmila thanks everyone who supports the refugees. The woman also thanks the Salvation Church for the timely help: “We registered with many organisations, but Salvation Church was the first to respond to our need.”

Lyudmila Mykolayivna prays that the war will end as soon as possible. After all, her niece and son-in-law are fighting in the ranks of the Ukrainian Armed Forces. Lyudmila does not want to lose her relatives in this terrible war.