An Audience with the Head of the Ukrainian Catholic Church 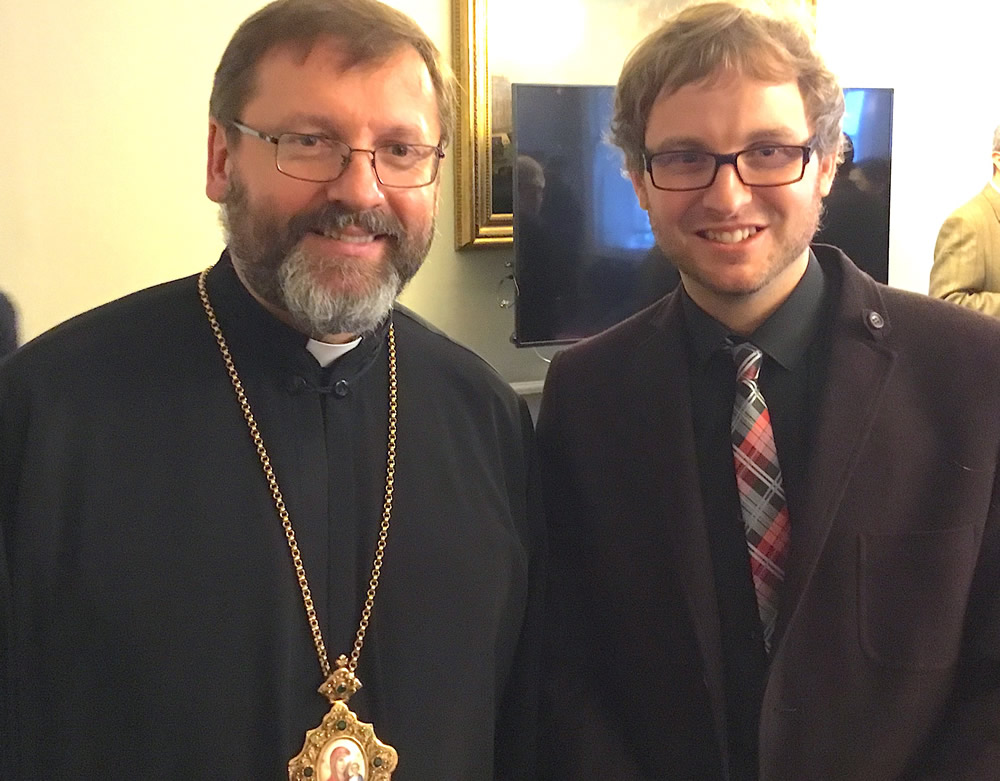 It was an honour to meet the Head of the Catholic Church in Ukraine, His Beatitude Archbishop Major Sviatoslav Shevchuk, at a recent event at the Royal Institute of International Affairs at Chatham House, London.

The Archbishop gave a presentation entitled, ‘The Mission of the Church in Ukraine Today’. He addressed three main issues:

(1) The democratic choice taken by the majority of Ukrainians to integrate with the rest of Europe in order to embrace European values of freedom, diversity, solidarity, respect and tolerance;

(2) The role of the churches in helping Ukrainian society transition from the stagnation and corruption of post-Soviet society towards an open future as an integrated member of the European cultural space;

(3) The specific role of the Ukrainian Catholic Church in its mission to serve Ukrainian society.

It was encouraging to hear the Archbishop refer to the ways in which the Ukrainian churches since the crisis of 2014 have sought to work together for the benefit of Ukrainian society. He called on the churches to embrace four core values of human dignity; commitment to the common good; solidarity; and collective responsibility for the whole of society.

Listening to the Archbishop I was reminded of my musings in the book that I co-authored with Mykhailo Cherenkov, entitled ‘A Future and a Hope’:

“Ukraine is not a whole or self–sufficient entity, but part of the European cultural space, and especially of its core: the central tradition of Christianity. If it remains outside of Europe, Ukraine will remain in a cultural limbo, where powerful forces and vested interests will seek to harness Ukraine’s economic, political and cultural resources to serve their own agendas, and the Ukrainian people will remain as pawns in an ill–fated civilizational battle between East and West. Outside Europe, all that awaits Ukraine is a new era of Russian–led serfdom—no courts, no free elections, no education, no medicine, and no freedom of movement. For only in an open dialogue, in a free world of permeating cultural ties can Ukraine overcome its cultural and scientific isolation, and emerge from the cul–de–sac of economic stagnation and endemic corruption.”

It was a very encouraging and rewarding discussion and I’m thankful that Ukraine is blessed with wise leaders like Archbishop Shevchuk to provide moral and spiritual direction in this time of transition and geopolitical crisis.